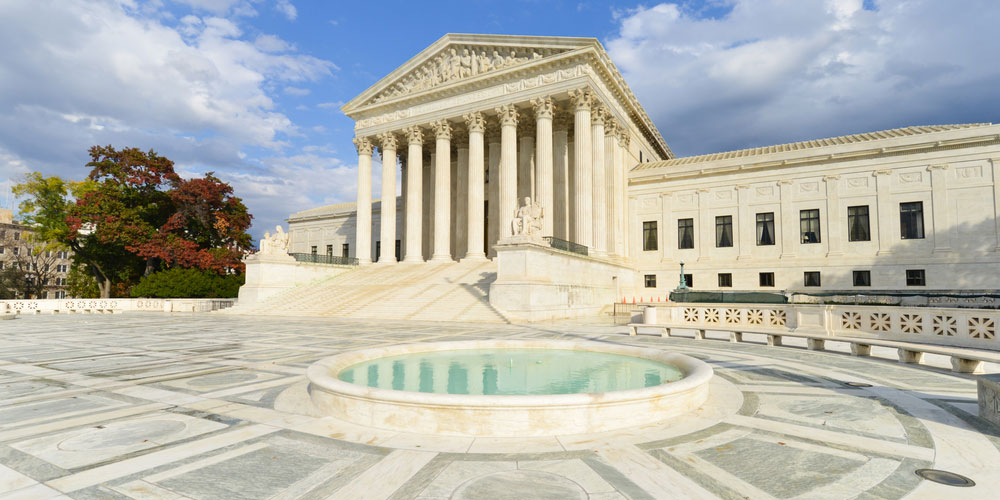 3 Pastoral Observations about the SCOTUS 5-4 Decision

In an historic decision, the Supreme Court of the United States handed down a verdict Friday that makes it legal for same-sex couples to marry in all 50 States.

In the first 24 hours following the announcement, news outlets and social media platforms exploded with activity. Christian reactions have run the gamut from disappointment and concern on one end of the theological/denominational spectrum to gratitude and celebration on the other end.

While this landmark decision will most certainly be debated for years to come, I want to offer three observations from the heart of one pastor to his congregation as we all seek to maintain a steady measure of perspective and confidence amid such a rapidly changing culture.

It is telling that the high court’s decision was a narrowly divided decision. It’s a split that seems to mirror the rest of the nation, not only on this issue but so many others as well. Race. Politics. Economics. Ethnicity.

There are great chasms around us, between us, and (if we are honest) within us when it comes to the most sensitive matters of our time. That’s the nature of living in a broken world.

It is no surprise a nation or a people divide along ideological, political, theological lines. It’s what we do. We live in a 5-4 world.

The question with which the church of Jesus Christ must grapple is this:
In an era of such polarization and posturing, what is the unique role of the church?

Some would say the role of the church in America, is to take a stand. Maybe so.
But among the particular “stands” that we take (whether they be in the camp of the “5” or the “4” on any given issue), the greater and higher calling of the church is to take a stand for civility, unity, mutual love and respect; never forgetting that we take our cues from the One who taught that it is the peace-makers who will be called children of God.

It is important to remember that while Obergefell v. Hodges is primarily about a judicial interpretation of the 14th Amendment to the Constitution (equal protection under the law), it is the 1st Amendment which affords religious groups (like churches, synagogues, mosques, etc.) the protection to exercise their beliefs freely and un-coerced.

It is the first amendment, which reads (in part), “Congress shall make no laws respecting the establishment of religion, nor prohibit the free exercise thereof.” Applied here, churches will continue to make their own decisions about the kinds of marriages they perform, or don’t perform.

Indeed, the ruling itself went to great lengths to emphasize this point, stating, “Many who deem same-sex marriage to be wrong reach that conclusion based on decent and honorable religious or philosophical premises and neither they nor their beliefs are disparaged here.”

This is yet one more reason we can be grateful for our long heritage as Baptists for our historical championing of the separation of church and state. From our birth, over 400 years ago, we have fought, suffered and died for the religious liberties of all peoples (whether those peoples held the majority opinion or minority opinion).

We want neither a state that is controlled by the church, nor a church coerced by the state. The first amendment affords and protects that freedom.

For further resources on how to interpret this decision through the lens of Religious Liberty, I highly recommend visiting the website of The Baptist Joint Committee for Religious Liberty www.bjconline.org. Based in Washington D.C., our friends Brent Walker, Hollyn Hollman and team have developed a terrific variety of trustworthy resources that will prove helpful in understanding how this decision impacts churches and other faith-based organizations.

Jesus never joined political movements, or waved a flag “for” this issue or “against” that. Indeed, some surely attempted to bait him to that end. But he insisted on the deeper/further conversation. He looked through the political/theological controversy de jour, and saw (truly saw) the human being behind the issue.

When it comes to how we respond to the swiftly changing culture around us, it is important for Christians to do the same. May we never forget that for many, this issue isn’t simply an issue; but rather it’s a son, a daughter, a brother, a sister.

Fact. When an issue has a name and a face, and both belong to a person you love, the conversation changes. Your internal dialogue shifts from political to personal.
And it must. Christly love insists on it.

These are serious times. Conversations like this one require (and deserve) a certain emotional intelligence and spiritual maturity from our Lord’s church. The character of our witness to the world is at stake.

May each of us, and all of us, seek to know the heart and mind of Christ in all these matters. May we be diligent and disciplined with our study and our commentary. May we find ways to express our most deeply held convictions in ways that convey the same dignity, compassion, authenticity and class as the One who welcomed everyone to his banqueting table.