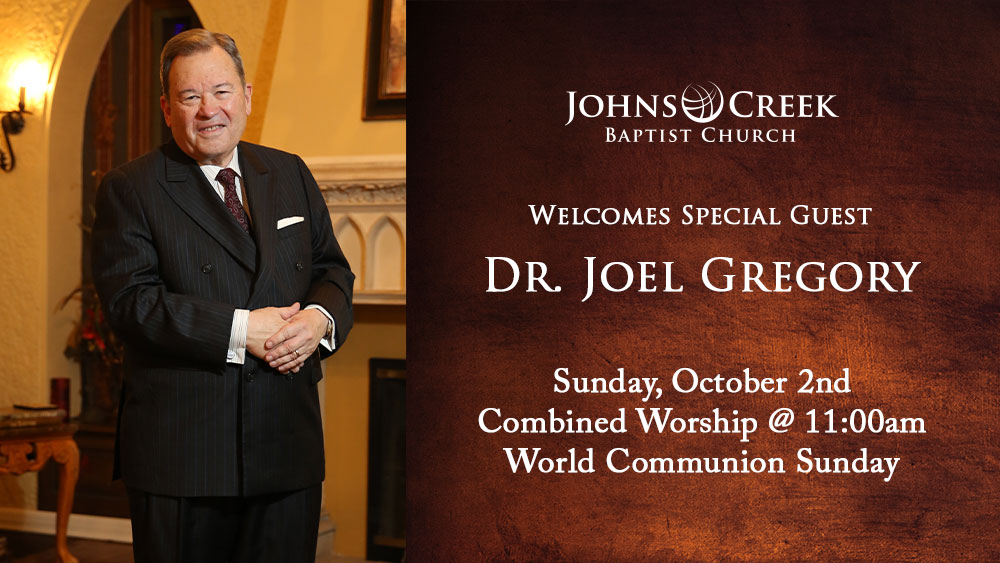 Join JCBC as we celebrate, in combined worship, World Communion Sunday 2022 on October 2nd. World Communion Sunday has become a time when Christians in every culture break bread and pour the cup to remember and affirm Christ as the Head of the Church. On that day, we remember that we are part of the whole body of believers. Whether shared in a grand cathedral, a mud hut, outside on a hilltop, in a meetinghouse, or in a storefront, Christians celebrate the communion liturgy in as many ways as there are congregations. World Communion Sunday is a time for learning more about our wider community of faith and how we at JCBC are a part of it. Our Guest Speaker will be Dr. Joel Gregory. 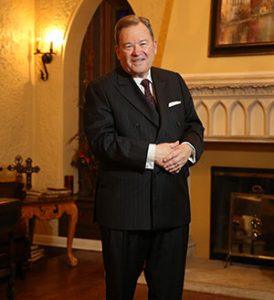 Dr. Joel C. Gregory holds the George W. Truett Endowed Chair in Preaching and Evangelism and serves as the Director of the Kyle Lake Center for Effective Preaching at George W. Truett Theological Seminary of Baylor University. Last year he spoke or taught 170 times in 32 churches and 20 conferences in 18 states, Greece and Oxford, UK. He has just completed a sabbatical at Regent’s Park College, Oxford University where he did research in applied homiletics and 19th century British Baptist history for a forthcoming book and article. He will bring the concluding message at the Baptist World Congress in Durban, South Africa this summer. He also serves on the BWA Commission on Worship and Spirituality.

Dr. Gregory served for two terms unanimously elected as President of the 5400-church Baptist General Convention of Texas. He has preached at venues as varied as Westminster Chapel, Spurgeon’s College and Kensington Temple, all in London, as well as Regent’s Park College, Oxford. He has preached at the Baptist World Congress in Seoul, the International Seminary in Buenos Aires, Princeton Seminary and Princeton University chapels as well as scores of seminaries and colleges. Among his pastorates were Travis Avenue, Fort Worth and First Baptist Dallas.

For years Joel was the preacher on the International Baptist Hour radio program heard on more than 500 stations. He brought the annual sermon at the critical 1988 Southern Baptist Convention in San Antonio, “The Castle and the Wall,” widely considered a watermark message in recent Baptist history. He is the author of five books, editor of three anthologies and the subject of a nationally performed play, God’s Man in Texas. He was recently recognized by Baylor and his peers for his 50th preaching anniversary.

He is the husband of Joanne Michele Gregory (B.A., RN), a Baylor alumna, and they are the parents of four adult children.