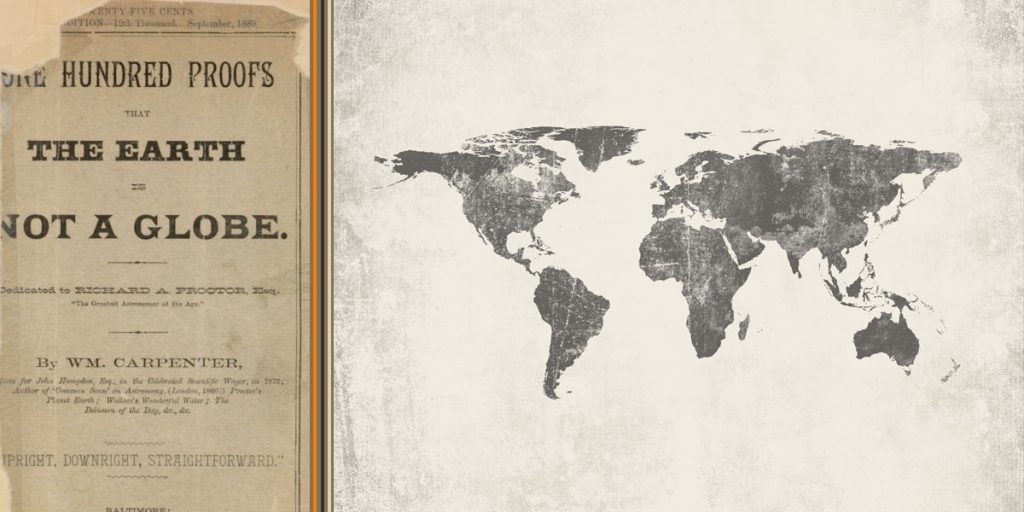 Great News! We Don’t Really Know So Much…

OK…I know that we have now blown through the information age and that we are pretty smart. We virtually ooze with intelligence. But it hasn’t always been that way.

About 2000 years ago, a man named Ptolemy postulated that the entire universe revolved around the earth. We now know, of course, that we can’t even speak in those terms. The universe is much bigger than Ptolemy imagined and the earth is certainly not the center of it. The earth, as we know, actually revolves around the sun.

It was only 500 years ago (to put it in perspective…this young country of ours has been around for nearly half that time) that it was determined that the earth was not flat. As late as 1889, we find people who still didn’t believe it. People like William Carpenter who wrote, “100 Proofs The Earth Is Not a Globe.”

In 1899, the head of the US Patent Office is said to have written a memo to President McKinley urging him to CLOSE the Patent Office for good because “everything that CAN be invented HAS been invented.” Wow…just think how much has been invented since 1999 – not to mention since 1899.

In 1901, Wilbur Wright said that man would indeed one day fly…but not for 50 or more years…not in his lifetime. Later that year, old Wilbur was flying around NC in his glider. Then just two years later, in 1903, he recorded his first successful flight at Kitty Hawk. I’ve seen pictures of him flying in France in 1908. Close Wilbur…close.

Speaking of 1908, in that same year Henry Ford’s lawyer said, “the horse is here to stay and the automobile is just a fad.” In 1912, the Chief Engineer of the White Star Line said, “the Titanic is unsinkable.” Not a good stretch for lawyers or engineers it seems.

In 1943, the President of IBM…Tom Watson…said, “there may be a world market for about 5 computers.” He only missed it by about 8 zeros.

Maybe we aren’t as smart as we think we are.

Maybe that’s good news! Maybe our own “smarts” are not so important.

“Lean not on your own understanding. But in all your ways acknowledge Him and He will make your paths straight.” Or as The Message translation puts it, “Trust God from the bottom of your heart; don’t try to figure out everything on your own.Listen for God’s voice in everything you do, everywhere you go; he’s the one who will keep you on track. Proverbs 3:5-6