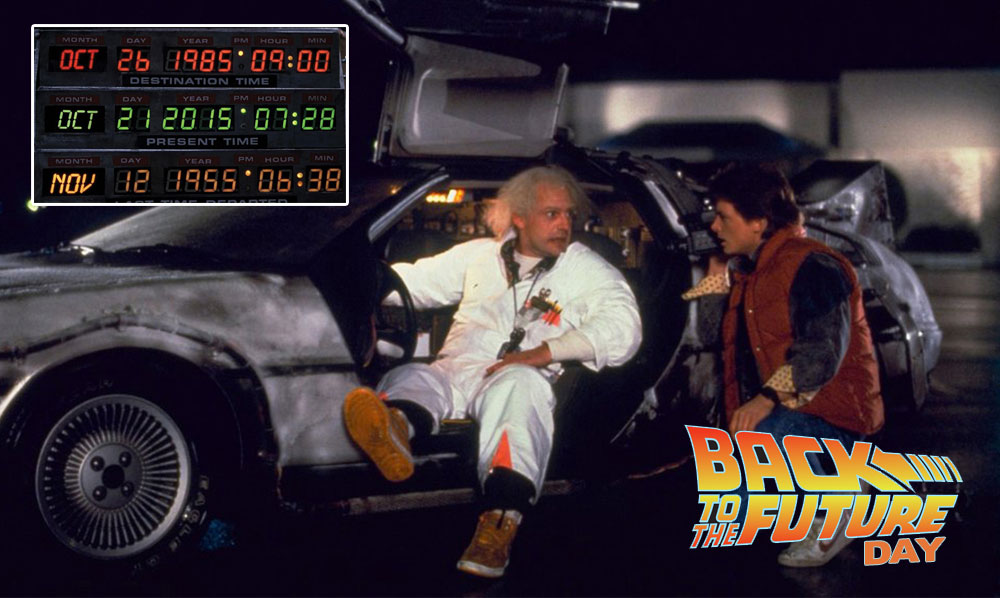 Over the course of the last week or so, there have been some really great blogs and video segments leading up to this day, primarily reflecting on what details the movie got right and wrong about 2015. Here is a great example.

Since the Back to the Future trilogy, we have seen the advent of internet glasses, multi-channel television screens, video-conferencing, and even a prototype of hover-board technology. The film missed some details by a mile. But most intriguing to me is a reference to a Chicago Cubs World Series win. It was a joke in the eighties, since the Cubbies hadn’t won a world series in ages. They still haven’t. Yet, they are in the playoffs for it this very week.

The fun convergence of pop culture and calendar has me thinking about the parabolic possibilities of this day.

I am thinking of the words of our Lord. Didn’t he repeatedly proclaim the same?
The Kingdom of God; that promised future of life, love, and liberation…is here.
The reign and realm of God’s love is already, at present, around you and within you.

What hoped-for future are you awaiting?
Maybe its time has come.