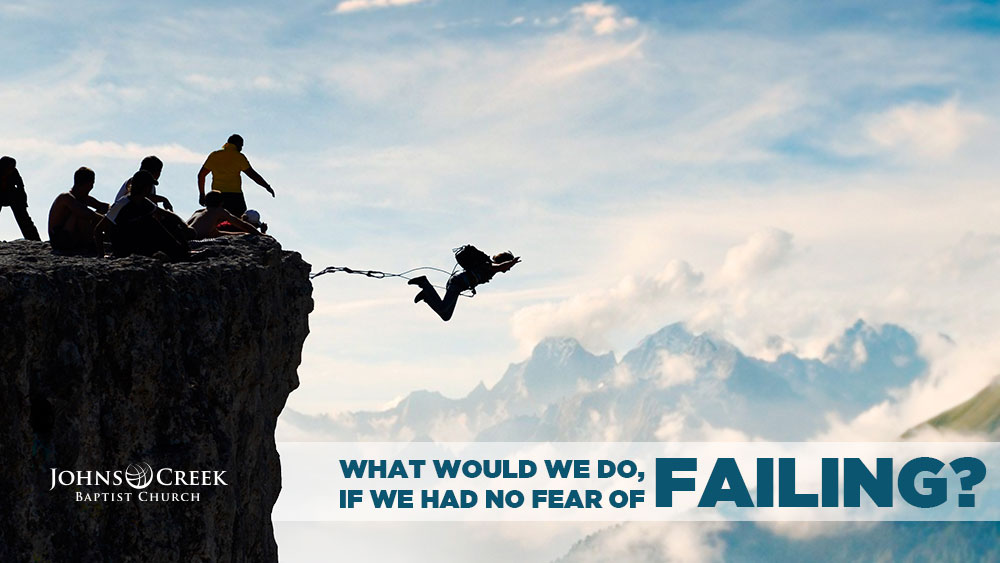 What would we do, if we had no fear of failing?

I have “failure” on my mind this week, because I am thinking about Enneagram Threes.
Remember, that Threes are known as the “achievers” or “performers.” They are highly capable, extremely competent individuals who are driven to succeed—and they usually do!

But as I suggested in my sermon on Sunday, each enneagram type is associated with a particular fear. For Threes, the fear is failure.

It makes total sense, though, when you think about it.
Threes become Threes, because somewhere along the way they pick up the message that love is only available to those who are impressive and accomplished and powerful.

So (in the unconscious mind of a Three), to fail is to risk being unloved.
Sit with that for a moment.

And then consider this…

Some Enneagram Masters who have assigned Enneagram numbers to different countries have suggested that we, in the United States, live in a “Three Country.” Our national identity is characterized by a drive to succeed, to win, to achieve!

Moreover, we who live in the half dozen zip codes around our church realize we live in a “Three Neighborhood.” Our zip codes not only BEGIN with three (30005, 30024, etc.), but our zip codes ARE Threes! We are highly successful, driven, capable, and accomplished.

And truth be told, if churches were typed on the Enneagram, then JCBC would most certainly be a “Three Church.” We are committed to the pursuit of excellence in everything we attempt. There are no half-baked ideas or ministries among us. We either go all the way, or not at all!

If that’s so, how do you suppose the fear of failure impacts our shared life?

Fear (of any kind) can keep a person paralyzed. But the fear of FAILURE, (especially for Threes) can keep the greatest of churches, neighborhoods and nations from ever becoming who they were intended to become.

So, I’ll ask it again.
What would we do, if we had no fear of failing?

The truth is, failure is nothing to fear.
The witness of our gospel message declares quite the opposite!
It is only IN our failures, that we encounter the purest and most redemptive love of God.
This is the great paschal mystery.
To truly rise, there must first be a fall.
Resurrection only comes to that which has first died.

What fear must “die” in you today, so that faith may rise?

Have I told you lately how much I love being your pastor?
Well, I do.
Shaun

*Don’t forget to check out these great resources at jcbc.org/enneagram-resources.