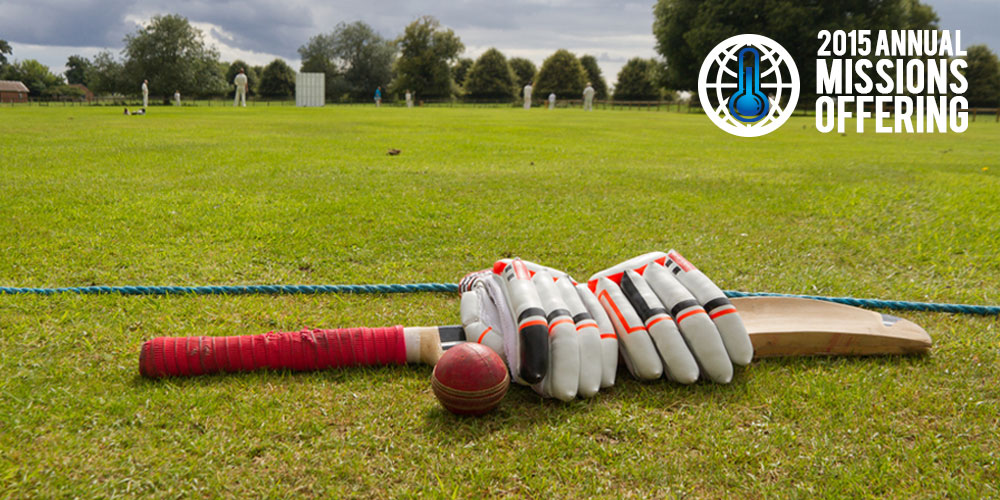 What If They Held the World Cup of Cricket and No One Noticed?

I was shocked to read that Bangladesh upset England 275-7 in a close match that dropped the English out of the World Cup of Cricket. Cricket has a World Cup? A score of 275-7 is a close match? That’s a beat-down where I come from, not a nail biter. Apparently the “bowler” (the pitcher) was on fire and it was all “broken crumpets” for the English team. As to there being a World Cup of Cricket…there is and it’s massively huge on the other side of the world, plenty of people are noticing, just not many here in America. We do not have a team in the tournament. Actually I’m not sure we even own any wickets. I will give it to Cricket players, they do dress in cool clothes, or in uniforms if that’s what they call them. They even take tea breaks. I’m not kidding, in England at the club level teams take time out for tea and cookies. It’s a genteel sport.

The reality that something as large as the World Cup of Cricket can be staged on the other side of the globe and few of us realize it proves that the world remains quite large. Much has been written about the quickly shrinking world being made smaller each year by technology. In some ways that is definitely true, but in others the world remains gigantic. Unless you pay attention it’s hard to know what’s going on in other countries and regions. Many of the issues faced by people in other areas of the world may be foreign to us but they are no less issues to them.

This is where modern missions comes into play. When we give to our missions offering we trust our money to people on the ground in those “other” places who know exactly what the issues are and how to address them. Forty-five percent of our Annual Missions Offering goes to the Cooperative Baptist Fellowship and their work in Georgia and across the globe. Forty percent will go to our on-going work in the Dominican Republic and Ethiopia where clean water is a constant need. And, for the first time a full 15% is being applied locally and will fund our partner organizations.

If you give to the JCBC Annual Missions Offering you will be changing someone’s life, a life that is being lived out in very different circumstances than your own (or mine). Your gift will impact lives in our area, in the U.S. and across the globe. Needs will be met you never knew existed.

Meeting needs you never knew existed brings me back to the World Cup of Cricket, which you also never knew existed. No one will suffer due to you or I not realizing this tournament was being played. World hunger, lack of clean water, lack of medical care and places where the Gospel is not being shared, however, are unacceptable deficits of knowledge. Each is a real world need and one doesn’t have to fly across the ocean to find these.

Write the check…your dollars will find the right need to meet.