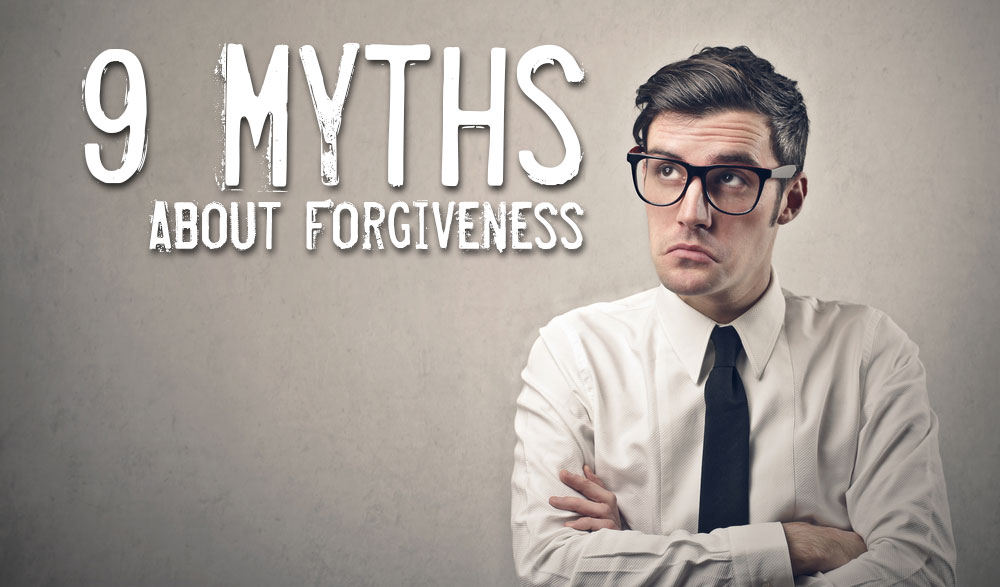 We have now completed our 6 week study in Forgiveness.
If you were with us (or you followed our live video stream), you know that each week, we attempted to enter the conversation about forgiveness from a wide variety of perspectives, ranging from those who are seeking forgiveness, to those trying to grant it, to all points in between.

At the start of each sermon, I shared what I thought were some common myths about forgiveness. These myths are assumptions we make that keep many of us stuck, bogged down, stalled out, and unable to experience the liberating power that forgiveness can bring.

Below is a list of those myths, the truths that counter them, and a link to the particular sermon in which this issue was taught in detail.

Myth # 2
Myth: “To forgive is to forget.”
Truth: “Some injuries shouldn’t be forgotten. Sometimes the most redemptive thing we can do is forgive and remember.”

In the sermon: Forgiveness, Part 2: Seeking the Forgiveness of Others

Myth #5
Myth: Forgiving family should be easy, since they are the ones you love the most.
Truth: Our deepest wounds can come from those we love the most.

Myth #6
Myth: I have to feel “ready” to forgive. Otherwise, it will be insincere.
Truth: Forgiveness is not a feeling. It is a decision.

Myth #7
Myth: They have to own up to what they did, in order for me to forgive them.
Truth: Forgiveness is not always about them. Sometimes, it’s about you.

In the sermon, Forgiveness, Part 4: What if “I’m Sorry” Never Comes

In the sermon, Forgiveness, Part 5: Forgiving the Repeat Offender

In the sermon, Forgiveness, Part 6: Let it Go