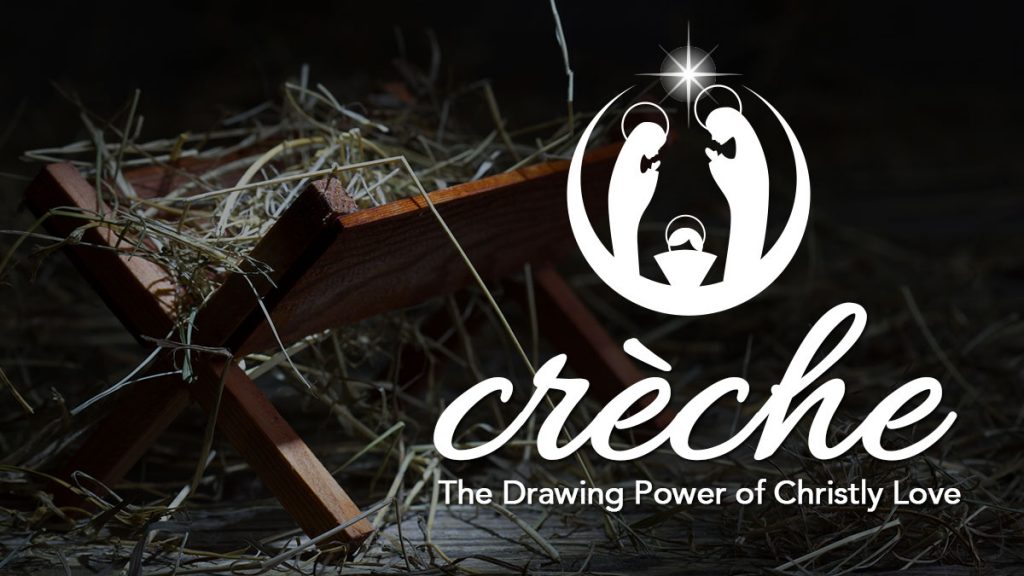 In the year 1223, St. Francis was visiting the town of Grecio to celebrate Christmas. Grecio was a small town built on a mountainside overlooking a beautiful valley. The people had cultivated the fertile area with vineyards. St. Francis realized that the chapel of the Franciscan hermitage would be too small to hold the congregation for Midnight Mass. So he got permission from Pope Honorious III to set up a manger with hay and two live animals—an ox and an ass. He then invited the villagers to come gaze upon the scene while he preached about the power of incarnation!

It was an extremely emotional sight, as worshippers visualized the mystery of the “Word become flesh and dwelling among them.” Francis was supposedly so overcome emotion at the beauty of the display that he couldn’t even speak the name of Jesus. He could only refer to him as the “babe of Bethlehem!” (Legend claimed that the hay used by Francis miraculously acquired the power to cure local cattle diseases and pestilences.)

Have we taken the time to truly consider significance of “word becoming flesh and dwelling among US?”

What is most moving about the story of the first crèche (and the thousands of large and miniature nativity scenes that have followed) is that they communicate a powerful message about the magnetic love of this “babe of Bethlehem.” This babe is for all peoples, and all cultures, in all circumstances, everywhere in the world. Consider the symbolic power of all who are gathered around that holy manger.

Consider Joseph’s conspicuous role in the drama. Some have him absent. Some have him scowling. Others have him holding a lamp, as one who midwifed God into the world. What does his presence at the crèche have to say to us?

Or what about Mary? A virgin. The most unlikely to host the holy. Yet her song exults in God’s mercy. Then there are the shepherds and Magi; the animals and angels.

It is the power of God’s radically inclusive and magnetic love that draws each of them, and each of us. That is why in cultures all over the world, Christians imagine and display the crèche in distinct ways that reflect their own inclusion and participation in the Birth of Jesus.

Have we made room for the birth in our own life?

This series will attempt to call worshippers to come to Bethlehem, and find their own kneeling place at the holy crèche of God.