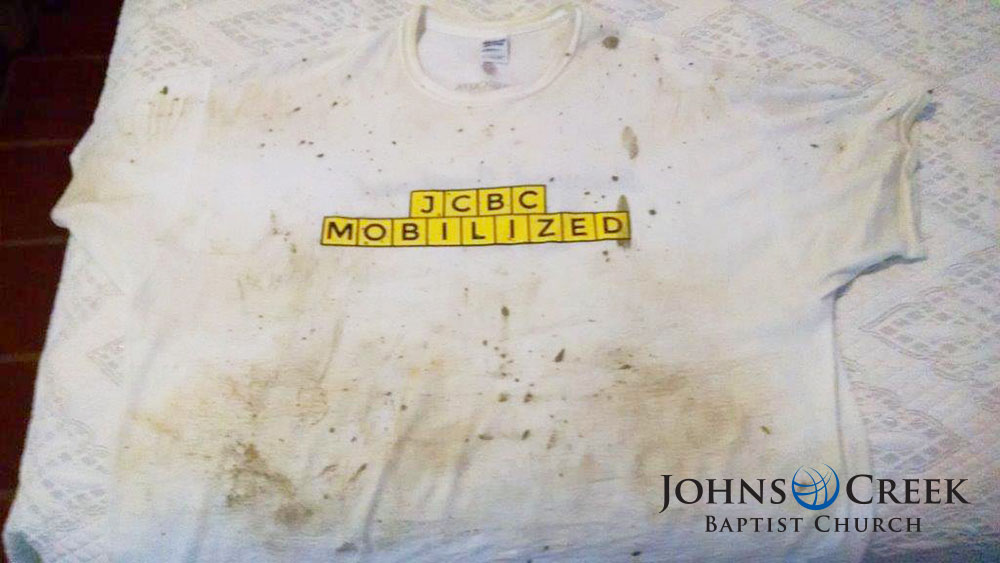 You Gotta Love When a Plan Comes Together: A JCBC Mobilization Story

Several years ago, we became active on the island of Hispaniola as a result of the catastrophic earthquake in Haiti. JCBC mobilized a team to work at the epicenter in shoring up a clinic and completely equipping it with antibiotic drugs that we were told would save lives. One year after the earthquake, we shifted efforts to assist the small Association of Moderate Baptists on the Dominican side, which has resulted in approximately 175 different individuals working alongside our Baptist partners in a variety of endeavors.

In 2012, we felt the call to place a clean water system in a large and incredibly poor barrio (inner city slum) on the eastern part of the island. This first foray into the clean water arena took over a year of planning and behind-the-scenes work, which came together in October of 2013 when we gifted a system to the designated barrio. A group of ten JCBC members spent one week building the block structure that would house the system.

2014 opened the door for a second water system and our first work in an island-wide goal of creating 40,000 new school classrooms. We began doing the behind-the-scenes work of purchasing a second water filtration system, this time for a small batey (Third World village isolated within the hundreds of square miles of sugar cane fields that dot the map of Eastern Dominican Republic). We also placed a team of seven JCBC members in a barrio in La Romana in May where they assisted in work on a new school, and we followed up the next month by placing a team of specialists, English instructors, in Santo Domingo that trained Dominicans to teach English as an outreach tool.

Two weeks ago a team of fourteen JCBC members and two Rotary Club of Johns Creek members, worked in the Guaymate Batey where the block structure was built that will house our second gifted clean water system. A reverse-osmosis, four-step filtration system costs $20,000.00 and is a bear to install. Once installed, however, it will provide clean water to thousands of people for pennies. Right now access to clean water is limited to those who can afford the high prices charged by mobile dealers and, as a result, most of the children suffer from intestinal worms and other tainted water maladies. Our system will cut out the mobile dealers and will allow for virtually everyone in the batey to have clean, healthy water, some for the first time. JCBC steps up again to make the world a better place and to extend the Gospel of Jesus Christ. In the span of 12 months we have placed two water systems in the D.R. and provided a well and clean water for a village in Ethiopia!

The pictures below are of our team after our final day at work (tired, dirty but incredibly proud) and of the structure we built. What will we do for an encore you may be asking? Stay tuned, to quote Karen Carpenter…we’ve only just begun!