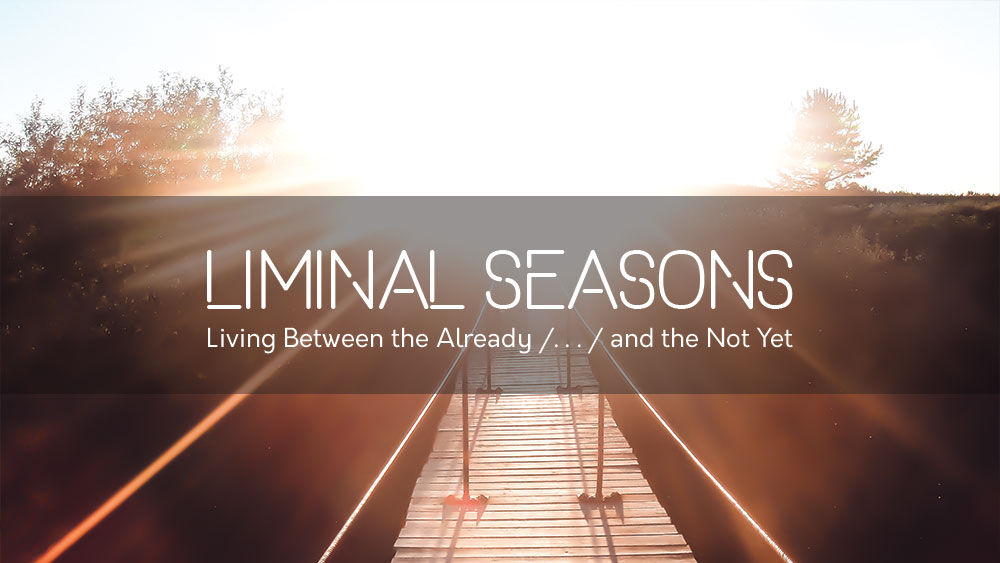 There is no ‘new-normal.’ The question is what we will choose to normalize in this liminal moment.

Liminal – the space between what has already been and what is yet to be.  Though the space may feel like a suspension, it is not a vacuous void of nothingness.  Rather, it is a space and time where lament and grief and wistfulness live alongside vision and hope and anticipation as we prepare to cross the threshold to our futures – or, our Next.  We yearn for it.

But, we shouldn’t just sit there – paused and churning – impatiently waiting for “yet to be” to emerge.  Instead, perhaps we should roll up our sleeves and do some work to prayerfully discern and deliberately and intentionally determine life beyond the threshold.

Maybe a place to start is considering the idea that there is no such thing as normal. At least, there is no such thing as naturally occurring, born of the earth, universally applicable normal. Instead, normal is best thought of as a by-product. That to which we refer as “normal,” individually or collectively, is essentially a function of the things a person or a society allow or determine to normalize – to declare or accept as being normal.

The question for people of faith and all people of good will for our time, and indeed all times, is not “What will our new-normal be?” but rather “What will I choose to normalize going forward, and how might I equip those I love and lead to be thoughtfully, purposefully and intentionally deliberate as well?”

It is abundantly clear that the stakes could not be higher.

Normal is organically dynamic – and fickle. It ebbs and flows depending on a host of contributing factors and influences and the loudest voices du jour. And of course, “adopted” norms easily become passionately tribal and difficult to unseat. That gives us as people of faith even more reason to normalize thoughtfully and carefully and lead others to do the same – right now!

Normalization most commonly occurs along one of two general paths. The first is the pathway of passivity. We wait for a new-normal (a term which has become such a trite part of our current vernacular and for which I have already developed disdain) to emerge and then we adjust to it accordingly. It is the easiest path – the path of least resistance. It is the pathway of acquiescence.

Choosing this path is understandable because, at first glance, it appears much less exhausting than the alternative. Passivity does not require us to do the hard work of defying inertia. Nor does it require us to battle the demon of seeming futility when the tasks at hand loom large. There is usually lots of company on the passive path. There is comfort and safety in numbers. But it is also the path that tends to lead us to places of perpetual placation, mitigation, mediation and unending navigation – which is altogether more exhausting in the end.

The alternative is the active pathway where we thoughtfully, intentionally and deliberately discern and determine the things we will shed and leave behind and those things we will normalize going forward. It is the path of considerately and prayerfully forming our way of thinking and being in this world – and leading others to do the same.

This is not a path that we casually and meanderingly traverse. Instead, it is a trail we intend and resolve to blaze. It may be the path that leads to deeper compassion and inclusivity. It may lead to the rejection of apathy and the adoption of advocacy and alliance. It may lead us to a more profound appreciation of our connectedness and a better understanding of our interdependence.

This path is often exhausting, and the work is hard.

But make no mistake – the “process” of normalization is occurring and will continue to occur regardless of the path we choose. It always has. Normalization is ongoing and unstoppable. Various individual and societal norms outlive their usefulness or are discovered to have been absurd to begin with. Outdated norms get tossed aside and are relegated to history.

At the same time, other individual and societal norms which should be tossed aside – pervasive injustice for example – persist for far too long. Oh, we may roll our eyes, gravely shake our heads and nibble at the edges of renouncement and renunciation, but we too often pull up short of dismantling and reconstructing – or normalizing – better paradigms.

The unwillingness to participate in the setting aside of non-serviceable, immoral or unethical personal and societal norms is to have chosen the pathway of passivity.

Of all the things we might think of to actively normalize going forward, perhaps truth and truth telling – or at least the pursuit of truth and the dogged determination to speak it to whomever is in earshot – should top the list, no matter what and come what may. “After all, the present is shaped by the manner in which we tell the stories of the past.” (Justin Bryant)

Now is not the time for any of us to assume the posture of passivity. It just may be that we are on the eve of experiencing the least resistance to change that we’ve encountered in a while. It seems a growing number of us are trying to find our footing and trying to make meaning of all that has happened in America in the last four months (and the last 400 years) and to redeem it in some way. A renewed esprit de corps may be emerging. Let’s not squander this moment and this opportunity. Instead, let us together actively normalize carefully and deliberately. While residing temporarily in this liminal time and space, now is the time to act.

Now is the time to choose a path.

You may find the free eBook Life is Whacked! (Un-Whack It) – 6 Steps for Redesigning Your Life and its companion workbook to be helpful in being deliberate about your life beyond the threshold.  Take a look.

This article (slightly edited for this edition of The CALL) first appeared in Baptist News Global on June 25, 2020.