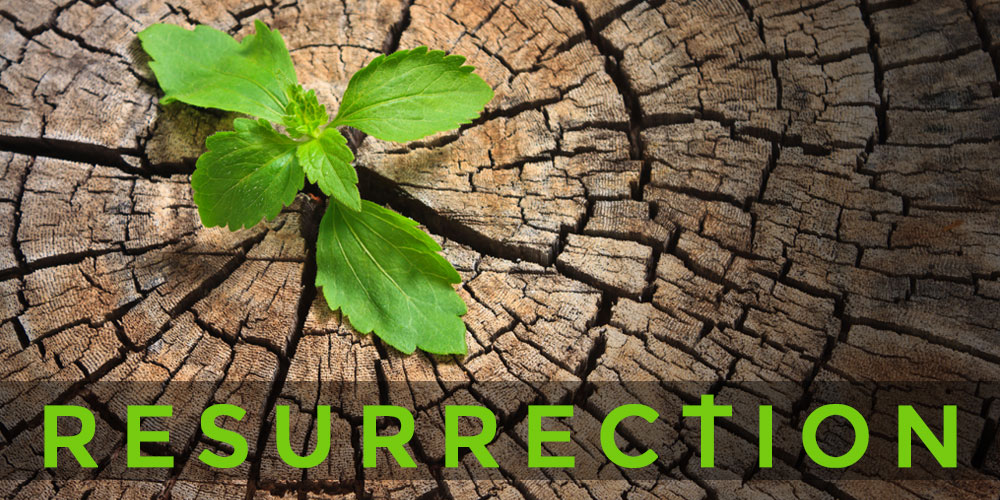 When Christ was raised from the dead, something else was too.

Upon hearing the news that the tomb was empty, the first disciples raced to the place where they had laid him to rest; their hearts pounding with the exhilaration, anticipation, and even a little fear.

What was happening? Had the body been stolen? Had the grave been vandalized? Or, is it possible something was happening they had not fully expected?

“Tear down this temple, and in three days I’ll raise it,” they heard him say.
What had first simply appeared to be a sermon, a parable, a clever way with wit and symbol, was now becoming the central promise and hope of all who would believe.

When we are forced to take the most precious parts of our lives and let them go; when suffering and struggle, disease and death, change and challenge cause us to lay in the tomb the very thing that was the best part of being alive…
Resurrection says, “Wait for it. This story isn’t over yet.”

Nothing you bury with Christ tends to stay dead long.
In ways more mysterious than words allow, and in expressions so real and recognizable they are impossible to ignore, resurrection has a way of changing everything.

When the disciples encountered the Risen Christ for the first time, nothing they knew would ever remain the same. Everything changed. Their perspectives, their beliefs, their attachments to things, the very lens through which they viewed their own existence…

Resurrection changed it all. Sadness and loss and death no longer had any power over them. There was now this unflappable inner-aliveness that empowered everything and shaped their way of being alive.

This same animating power…this inner-aliveness that makes it all matter…
is available, still.

Join us at Johns Creek Baptist for a new 3 part sermon series, beginning on April 19th at 11:00 a.m. entitled, “Resurrection.”