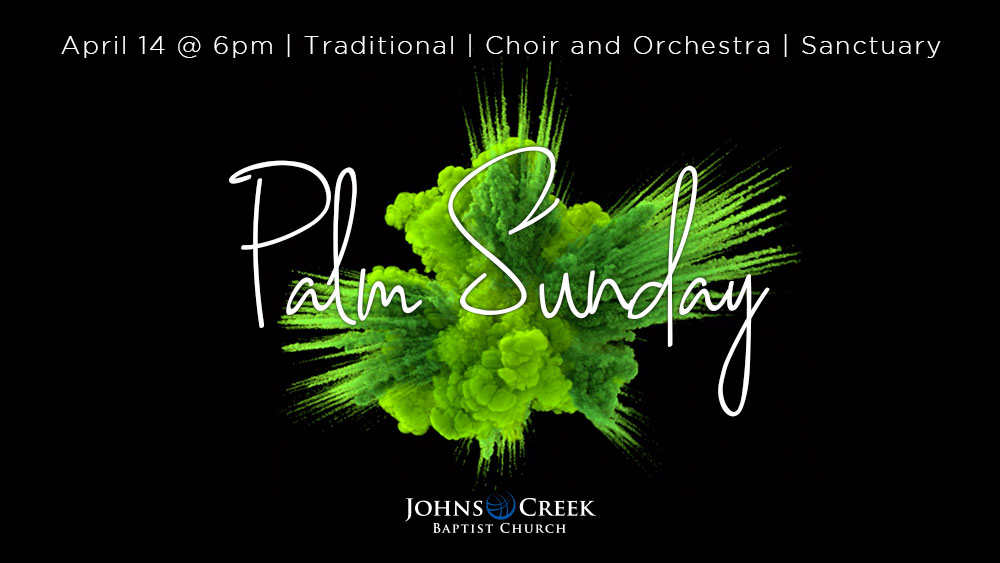 The Triumphal Entry. All four Gospels give an account of it. Great crowds have come to Jerusalem for the Passover Feast. Word came that Jesus was coming to Jerusalem. He had sent ahead two disciples with these instructions: “Go to the village ahead and there you will find a donkey. Untie it and bring it to me. If anyone asks why you are untying it, tell them ‘the Lord needs it.’” They brought the donkey to Jesus, put their cloaks on it, and Jesus sat on it. Luke says as they came on the road leading down the Mount of Olives, large crowds gathered. They were excited. Jesus was coming! They had seen His miracles. They were expecting an earthly king. A political Savior who would establish a great kingdom.

So their excitement grew as they saw Him approach. Some took off their outer cloaks and put them on the ground before Him. Others brought palm branches and began shouting: “Hosanna!” “Blessed is He who comes in the name of the Lord!” “Blessed is the coming kingdom of our father David!” “Hosanna in the highest!” They waved and shouted and danced with great abandon. Jesus was here!

Much has been written about this day and its significance. It was the beginning of Jesus’ final days before the crucifixion. The fact that He rode in on a donkey. A donkey signified peace. It also fulfilled the prophecy from Zechariah 9:9 “Rejoice greatly, O daughter of Zion! Shout aloud, O daughter of Jerusalem! See, your king comes to you: righteous and having salvation, gentle and riding on a donkey…” Coming in on a white stallion would have signaled a fight for an earthly kingdom. Some suggest that the donkey was a mockery of the great conquering heroes of the day. Others suggest it was just a symbol of humility. Either way, Jesus entered Jerusalem with great celebration.

In their jubilation, they cried “Hosanna!” It’s meaning has become a declaration of praise, similar to “Hallelujah!” But originally it meant, “Save us, we pray!” “Please deliver us!” As they waved branches of palms and shouted, they were saying, “Blessed is He who comes in the name of the Lord! Save us, we pray!” And it’s because of those palm branches that were used to glorify Jesus; we have come to call this day, “Palm Sunday.”

So, what does all this mean for us today? Palm Sunday reminds us that Jesus is King of Kings and Lord of Lords. His greatness surpasses any earthly kingdom that they could have expected. It was part of God’s plan for our salvation. It is a time to celebrate. Just as the Jews celebrated Jesus with great abandon, we too should glorify Him with all our hearts.

We, as believers and followers of Jesus Christ, and as the family of Johns Creek Baptist Church, will have the opportunity to do that on April 14th at 6:00pm. Our choir and orchestra will lead us in a jubilant time of celebration and worship on Palm Sunday evening. May our hearts be filled with as much joy in praising and worshiping Jesus as the crowds did when Jesus came down that Mount of Olives road. Make plans now for Palm Sunday. 6:00pm. Bring someone with you!