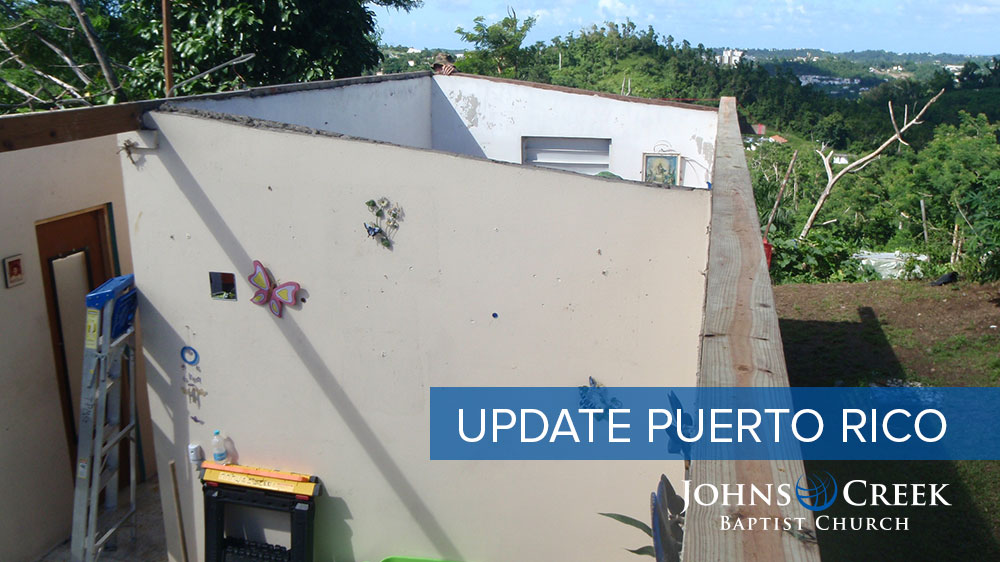 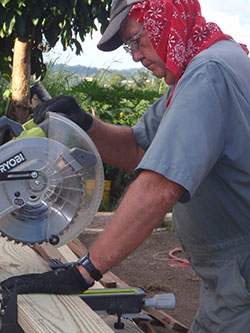 In many ways, Puerto Rico is now old news. There have been two major hurricanes that have hit the U.S. mainland since Hurricane Maria devastated much of Puerto Rico. The differences in response, however, have been stark. The vast, vast majority of damage incurred across the Southeast, will be attended to by insurance and F.E.M.A. If history is an indicator, many places will be rebuilt and take on new life. Sadly, this is not the case at all on Puerto Rico. Puerto Ricans are American citizens and hold most of the rights that we hold. That said, due to unique property and title rules, the largest majority of homes were not covered by insurance and/or F.E.M.A. Only 75,000 of the 370,000 homes that lost roofs thirteen months ago, qualified for assistance. Puerto Rico is now known as the land of blue tarps. 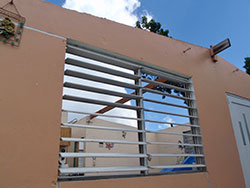 Our church deployed a team last week that put a roof on a house. Earlier in the year, we constructed a roof for a church. In the area where we work, that’s two down and 185 to go. We are not alone in our work, but with other natural disasters and only so many aid groups and aid dollars available, help is dwindling away. We visited a home that was both roofless and tarp-less since September 2017. The lady who lives in the house wrapped herself in mosquito netting, not for protection against mosquitoes, but for rats. There are a hundred more stories and they get worse. We will continue to work in Puerto Rico for as long as the need exists. We work through a Baptist church and a cooperative that ensures the best use of every dollar and that the neediest are taken care of.

Our next trip is set for March 20-25, 2019. We will follow up with a May trip and one next October. There is a place for every skill level. All you need is a belief that we can change the world